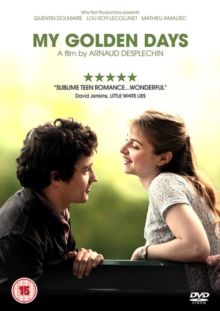 TROIS SOUVENIRS DE MA JEUNESSE/MY GOLDEN DAYS (15) FRANCE 2015 DESPLECHIN, ARNAUD £15.99
As middle aged anthropologist Paul Dedalus prepares to leave Tajikistan to return to Paris, the film tells three epoch-defining chapters from Paul’s life, his time with his great-aunt, growing up with his mother, father and two younger siblings, his mother’s tragic death, offering his own identity to a young Russian man and the wild nights with friends who would betray him. 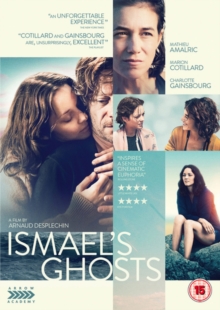 TROIS SOUVENIRS DE MA JEUNESSE /MY GOLDEN DAYS (15) 2015 FRANCE DESPLECHIN , ARNAUD £15.99
As anthropologist Paul Dedalus prepares to leave Tajikistan to return to Paris, he begins to reminisce about his childhood and relive some of his fondest and most vivid memories.

Having trouble casting his theatrical production of Leopold von Sacher-Masoch’s novel ‘Venus in Furs’, Thomas (Mathieu Amalric) is at the end of his tether trying to find a female lead. As he is about to leave the theatre after another long day of unsuccessful auditions, a dishevelled and weather-beaten woman, Vanda (Emmanuelle Seigner), arrives and demands that Thomas let her read for the part.
Initially, Thomas is reluctant to do so, but Vanda succeeds in changing his mind. As the audition begins and Thomas assumes the role of the submissive male in the play, it quickly becomes apparent that Vanda is perfect for the part and the line between real life and art becomes blurred. 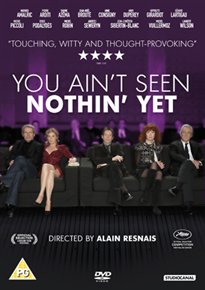 VOUS N’AVEZ ENCORE RIEN VU/YOU AIN’T SEEN NOTHIN’ YET  (PG) 2012 FRANCE   RESNAIS, ALAIN     £15.99
Theatre, memory and the past combine as a group of actors reunite on the wishes of their former director. Informed by telephone that noted theatre director Antoine d’Anthac (Denis Denis Podalydès) has died, a group of actors are requested to attend his home to view a videotaped performance of the play ‘Eurydice’, by a young theatre troupe called La Compagnie de la Colombe. All of the actors gathered together, including Mathieu Almaric, Sabine Azéma, Jean-Noël Brouté, Anne Consigny, Pierre Arditi and Anny Duperey (all playing themselves), have performed the play in the past, and as they watch, they find themselves inadvertantly acting out their former roles, becoming part of the play as the boundaries between fantasy and reality begin to blur.

by Gianfranco Conti, PhD. Co-author of 'The Language Teacher toolkit', 'Breaking the sound barrier: teaching learners how to listen', 'Memory: what every teacher should know' and of the 'Sentence Builders' book series. Winner of the 2015 TES best resource contributor award, founder and CEO of www.language-gym.com, co-founder of www.sentencebuilders.com and creator of the E.P.I. approach.