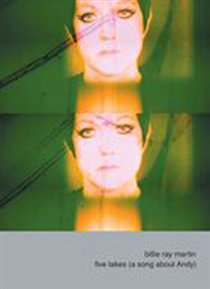 The German singer, Billie Ray Martin, performs five versions of a song penned in tribute to Andy Warhol to the accompaniment of short films by the director, Joern Hartmann. The films were shot in and around the Art-otel Berlin, an establishment dedicated to the memory of Warhol, and commemorate the artist’s life and work.

DVD available to buy at – http://www.worldonlinecinema.com/Home/german-films-on-dvd