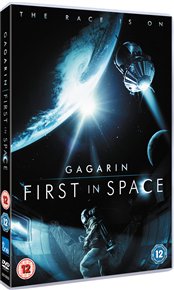 GAGARIN: FIRST IN SPACE (12) 2013 RUSSIA PARKHOMENKO, PAVEL £12.99
Historical drama retelling the story of Soviet cosmonaut Yuri Gagarin, who became the first human to journey into outer space in 1961. The film shows how Yuri went from being a celebrated Soviet Air Force pilot to a world-famous celebrity after completing a full orbit of the Earth in his Vostok spacecraft; marking significant Russian progress in the Space Race.

In Russian with English subtitles