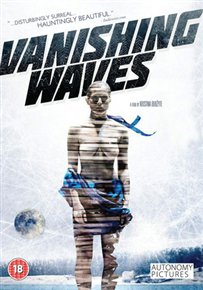 Lithuanian sci-fi thriller. Lukas (Marius Jampolskis) is a neurological scientist who volunteers for an experimental procedure he helped develop. The experiment is one which will hopefully allow the thoughts of a comatose female patient (Jurga Jutaite) to be transferred to Lukas’s mind and enable his team of scientists to further understand unconscious brain activity.

At first the experiment is unsuccessful, but it isn’t long before Lukas is able to communicate with the female patient. As he begins to connect emotionally to her through this heightened mental state, he finds himself being drawn in and willing to sacrifice his waking life for that of the dream-like subconscious he has succeeded in entering…

In Lithuanian with English subtitles